In 2001, Mariam Cannon Hayes transformed the School of Music at Appalachian State University with a multi-million dollar gift. As a part of this commitment, she bequeathed her family’s historic estate in Blowing Rock, North Carolina to the Appalachian State University Foundation. The Foundation’s sale of the estate will further fund The Mariam Cannon Hayes Endowment for the School of Music. The property, known as Kallalanta, features a main house, circa 1914, as well as a guest house, and views that encompass some of the most famous mountain peaks in the southeast. The estate comes with a multitude of development possibilities and its own symphonic overture. It has a rich heritage. But, in some ways, this story is just beginning. Would you like to be part of it? 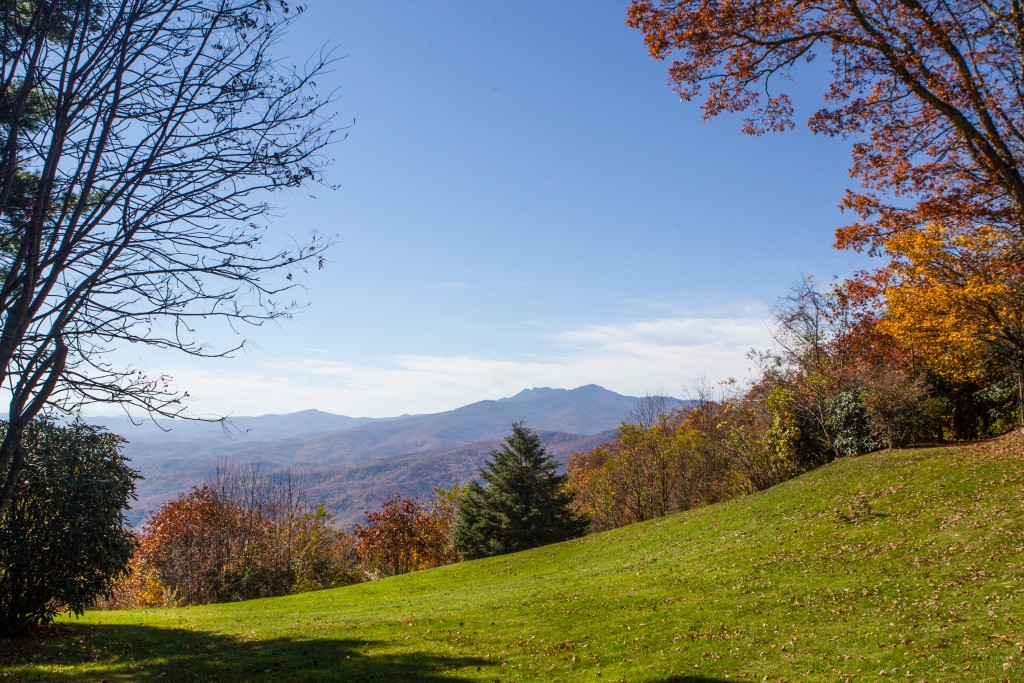 Bill Pelto, Dean of the Mariam Cannon Hayes School of Music at Appalachian State University, would like to live on the historic Kallalanta Estate in Blowing Rock, North Carolina. Who wouldn’t? The property overlooks the Blowing Rock, an overhang that benefits from geologically directed winds known for blowing light objects back into the hands of people who’ve cast them out. Tourists have been visiting the Blowing Rock since 1933. It is the oldest tourist attraction in North Carolina, but Kallalanta was established decades before it opened.

From behind the estate’s large white house, circa 1914, in an oasis of grass surrounded by old-growth rhododendron, Pelto can see mountains that layer in various shades of green and blue. But the property’s beauty goes deeper than that. The 11.7 acre tract was a gift from Mariam Cannon Hayes, in connection with an endowment that changed the course of the School of Music in 2001.

The first time Pelto visited, he was so moved by the views—and the generosity the estate came to symbolize—that he decided to begin holding the music department’s annual picnics on site. Each year, faculty and their families gather in the yard to share potluck dishes. The musicians usually leave their instruments at home. Still, before they eat, they always sing:

Tis a gift to wake a breath the morning air

On the estate, even in the diners absence, you can almost hear the clink of ice in a glass, see gingham picnic blankets spread across the lawn. Because the Mariam Cannon Hayes estate is Blowing Rock. Old Blowing Rock. Classic Blowing Rock. It’s got the sweet charm of Kilwin’s downtown ice cream shop, the artistic-level pedigree of Elliott Daingerfield, and the upper-crust history of Moses Cone Manor. The property is adjacent the geologic anomaly of Blowing Rock, but the history of the resort town is intertwined with that of Kallalanta—as is the future of the Mariam Cannon Hayes School of Music. The sale of the property will support the school as part of Hayes’ endowment. Pelto says, “We dream that whoever buys this property will allow us to come back out and play music here.”

Not many properties come with an open offer for some of the country’s best music students to play on the lawn. Then again, not many properties come with their own award-winning symphonic composition. As a gift to Hayes, Bill Harbinson—former Dean of Appalachian State University’s Mariam Cannon Hayes School of Music—composed an overture called Kallalanta. It’s what Hayes’ family named the property, long before she was born, back when the standard way to travel through the town of Blowing Rock was by carriage. 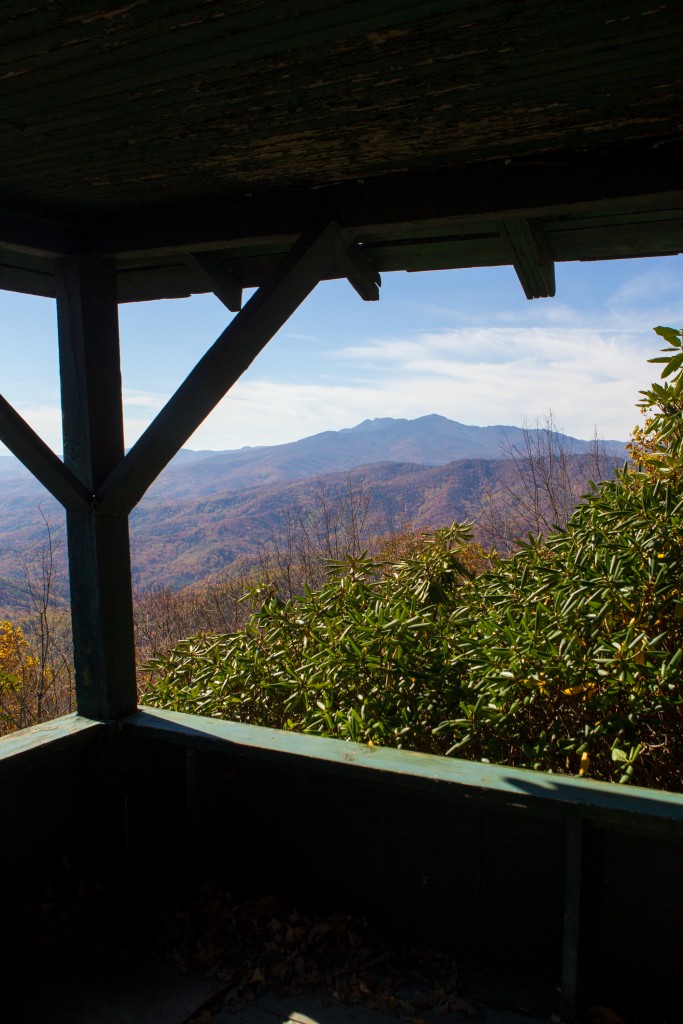 When Kallalanta is played, the estate appears in the imagination, carrying with it the sort of beauty that infuses the senses, invites inspiration. And inspiration is what Appalachian hopes the new owners of Kallalanta will find here. The ASU Foundation has come up with some possibilities of how the land might be divided, with four lots that have long-range views and level building lots, two smaller lots, and a common area buffer from Blowing Rock Road. Still, they know a buyer might have other ideas. After all, Pelto isn’t the only person who’s stood on this piece of property and dreamed what he might do with it if it were his. The possibilities are grand.

Pelto approaches a thick patch of rhododendron. The footpath he’s traveling is soft, all moss. Butterflies glide behind him, through dappled sunlight. The trail opens at a guest house, circa 1914. There’s a huge oak in the front yard, with branches that seem outstretched, like arms. Pelto pauses, puts his hands against bark. “We’re one of the fifteen largest music schools in the country,” he says. “If it weren’t for that gift, we’d be a small department. Really, who knows what we’d be? The other top schools are close to major metropolitan areas, not in remote places. But here we are, with five hundred students!”

The area in front of the main house is protected under a scenic view easement. Pelto is a hiker, and he can read the landscape before him with the familiarity of fingers pressed against a dog-eared topographical map. “That’s the Linville Gorge. It’s also going to remain undeveloped down there,” he says, with a sweeping gesture. He points out that the property has a clear view of Grandfather Mountain. It also overlooks the more gentle profile of Grandmother Mountain, and Hawksbill. On and on it goes, peak after peak. From the upper yard, there’s also a view of the Blowing Rock overlook, where a group of tourists have clustered to take in the magnitude of geologic history. It’s the sort of view that inspires contemplation, conversation, art, amazement.

“When you play music,” Pelto says, “you’re touching things more deeply than you thought possible, because you’re responding to feelings. It’s beyond words,” he says, taking in the scene. “How can you even describe that view?” It’s something that touches people in different ways. Like music. Like Hayes’ gift.

Pelto is not going to be the one waking up to this mountain air every morning, but whoever does will have helped set countless students on a positive life path. Whoever wakes up here will live on in a way, as Hayes does, in the plucking of strings, the beating of drums, the musical genius of whole generations to come.

When Pelto arrived at Kallalanta, just an hour ago, distant Calloway Peak was socked in by fog. Now, it’s clear. If he were to shout, it seems as though he might be able to reach the ears of an entire nation from here. He shakes his head, admires the way clouds have parted to provide for a new, clearer view he couldn’t have anticipated an hour ago.

“This is a powerful place,” he says. “And it’s always changing.”

You’re cordially invited to stand on the edge of Kallalanta, to see for yourself why Pelto says “the view explains everything you really need to know about the place.” Contact Geoff Graham (grahamfl@appstate.edu) for a private viewing experience. Visit. Enjoy. Envision.

Click here to view the full piece of music.

Bill Harbinson—former Dean of the Hayes School of Music at Appalachian State University—wrote Kallalanta, an overture for symphonic orchestra, as a gift of appreciation for Mariam Cannon Hayes. The composition, which is named after her Blowing Rock Estate, won the Merle J. Isaac Senior Composition Contest. It is played by students around the world. Here, you can listen to the piece, performed by the Appalachian Symphony Orchestra. Close your eyes, and allow yourself to be transported to Kallalanta.